It is officially a circus and the clowns continue to pour out of the clown car.

Today we learned that Ohio will be “cannibalizing” Florida’s FSA, to create, in record speed, its own new state assessment (info here). What could go wrong?

Ohio, like Florida in 2013, announced it is dropping out of the PARCC assessments and has hired AIR to create a new state assessment. The process is detailed here. Anyone who has been following the Florida FSA debacle will see the irony:

“So for now, Ohio and AIR are cannibalizing questions from exams in other states that use AIR as their testing service. Those recycled questions will make up Ohio’s exams just for 2016.

“We know that they work,” said John Cohen, AIR’s president of assessments. “They’re all fair. “

From the comments to the Cleveland article, it appears not all Ohioans are convinced:

“Don’t let them fool you into thinking that just because a handful of questions were OK’d previously in other states that these tests are sound psychologically or developmentally.  Who in their right mind would have confidence in these tests that are being admittedly cobbled together within a tight timeframe?”

Keep in mind that Ohio’s test creation timeline is even shorter that Florida’s was. Good luck with that, Ohio. The Alpine Validity Report (here) outlines Florida’s rushed implementation of the FSA and it’s “renting” of questions from Utah’s SAGE test. Recommendation 2.1 states the FLDOE should provide further documentation and dissemination of the review and acceptance of Utah state items and the FLDOE should finalize and publish documentation that provides evidence that the FSA field testing policies, procedures, and results are consistent with industry expectations.

We think that is a great idea!  Where are those validity documents? Folks in Utah have been asking for those documents for more than a year (details here and here). Currently, some in Utah are suggesting Florida’s Alpine Study affirms the validity of the original SAGE test.

I know. Again, Lol. That’s a good one… the flawed implementation of the FSA verifies the validity of its field test.  Maybe Florida can use Ohio’s test to further verify the FSA!

One more thing: Florida is currently paying Utah $5.4 million dollars a year to “rent” Utah’s questions.  Will Ohio be paying Florida to borrow its questions? If they borrow a Florida question that originally came from Utah, who gets the money then?

So here are our questions:

We have heard from countless teachers and parents who want to advocate for common sense, non-test focused accountability but are concerned about push back from their employers and/or community. Teachers in particular worry about threats to their livelihood if they publicly speak out about #accountabaloney. For those people, or for those who want to increase their advocacy work, we present this brief beginner’s guide to advocacy through Twitter. Specifically, we encourage you to help us broadcast our message via Twitter.

First, a reminder, Twitter is a conversation. Be someone with whom you would want to hold a conversation. When using social media, try to be respectful, accurate, and tell the truth.

Twitter is a microblogging platform on which users make posts, or status updates, known as tweets. A tweet is limited to 140 characters.
TRANSLATION: If you can say something concisely, you can influence education policy.

Retweets allow a user to share tweets of others with their followers. As such, a retweet (RT) is simply a tweet that has been shared.
TRANSLATION: Retweeting allows you to amplify the voice of advocates.

When tweeting, activists are encouraged to use hashtags extensively. Hashtags will enable other like-minded activists to locate and follow your feed on Twitter.

IMPORTANT: Hashtags can be monitored by policy makers to see how people are thinking about an issue.

Do you want to Tweet more anonymously? Please recognize there is never a guarantee of anonymity when using social media, but there are some steps you can take to protect your privacy.

To get started, consider following:

If you see something you like, retweet by clicking the two-arrow rectangle.

These are the basics. Through Twitter, you can help impact the upcoming legislative session and, hopefully, help advocate for real change in our #accountabaloney system.  What are you waiting for?  Sign up today.  It’s time for your voice to reach a larger audience! 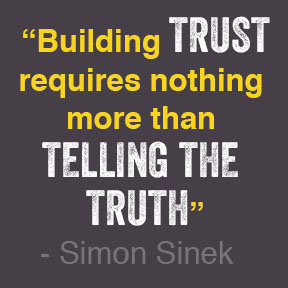 Right now, Florida’s current accountability system in education is holding on by a lifeline.  We all want a system that is fair and equitable and most of all, based on sound and validated research.  Contrary to reports, even parents who are stepping up and refusing the current FSA test believe this.

Trust in the system is integral to any accountability system. In order for accountability to work there must be trust in the system and, more importantly, trust in the results. It appears those in Tallahassee are either not understanding how volatile things are right now or they just don’t care.  Either way, Florida’s education system is in trouble.   Parents and educators are being asked to trust the system, a system that can result in severe consequences.  Trust? Seriously? As every parent and child knows, you can’t just ask for trust, it must be earned.

Going into the 2015 testing season, so many red flags were raised.   Superintendents and educational organizations, such as the FEA, FSBA and PTA, from across the state called for a pause in calculation of school grades.  They requested a pause in the use of test scores in teacher evaluations. During all of this, rarely did we hear someone advocating for a pause in student consequences.

Today, parents and educators are still fighting against the use of the 2015 FSA scores, yet students have already been retained, have been placed in increasing numbers of remedial classes and have already sat for EOC retakes, even before cut scores for those exams have been determined. Students have already felt the all too real consequences of the new state assessment, an assessment where real validity concerns remain.

When the validity of an assessment is in question, something more than a politically motivated response should occur.  Whatever the 186 page Alpine Validity Report said, it did not declare that every aspect of every new FSA assessment was valid.  Florida Commissioner of Education, Pam Stewart, admitted that the official response to the validity report was written after reading only the 18 page Executive Summary. For $600,000, we expected the DOE to respond to more than the Cliffs Notes version.

Most egregious, perhaps, is the State’s unwavering validity assertion of the Algebra 2 FSA EOC, which could not have been field tested in Utah because Utah does not test Algebra 2 standards, was completely ignored by the Alpine Study in the interests of time and has results that are complete outliers with nearly half of students failing including 85% of African-American students. The response of the DOE during the recent Keep Florida Learning meeting?  The teachers must not have taught the standards… Every teacher, in every district… failed to teach the Algebra 2 standards… Yeah, right.  Parents aren’t buying that. Maybe there is a problem with the test, or even the standards themselves…

Attempts to lobby the Governor to pause the use of 2015 FSA scores have been met with a stern “No.” Senate Education committee members inform us “the 2015 FSA is now in the rear view mirror in the Legislature.” Keep Florida Learning Committee members learned there is no evidence that it is even possible to teach all the Florida Standards in a year, yet the DOE insists it is full-steam ahead to next spring’s FSA administration. Superintendents are upset that their school and district grades may be miscalculated, but many have already released individual student scores; scores that will suggest to many students that they are failures. Releasing scores from a flawed assessment does not inspire confidence in a system.

For these and countless other reasons, we have lost trust in those in Tallahassee and for many, even of our own districts.  We see decisions made to satisfy accountability mandates and not in the best interests of our children. We see common sense being ignored in pursuit of political ideology. Our children should not be used as pawns in a political game. Is it any wonder why parents are banding together to protect their children from the consequences of this system?  If there is one thing Tallahassee needs to learn, it’s that you don’t mess with our kids. PERIOD.

Our expectations are simple.  We ask that the state exercise prudence anytime they make policies that directly affect our children. Pilot studies can evaluate the impact of programs prior to initiation across the state. Laws should not be passed if the consequences and long-term ramifications of the law are not fully understood and hold severe and devastating consequences. In the case of laws that have been passed, if that law holds unintended consequences that are devastating to kids, teachers or schools, then urgency is required to remedy the legislation and situation.  This, frankly, is where we are at today. It is time to re-evaluate the accountability system and repeal the portions with the most devastating impacts.

A Utah Clinical Psychologist once said that agendas were ruling over ethics and he was completely right.  The grassroots pushback is strong because of the weakness in the system and because the focus of the educational system should have been about our children.  It is not.  It’s about sustaining, further enriching, and building the accountability system.

The evidence of issues and flaws in the current system are clear and present, yet those in Tallahassee are ignoring the severity of the issues.  That just further ignites passions to fight against this system.  Trust is at the core of the issue. We need an honest accounting of the successes and failures of our current system.  If Tallahassee wants parents’ support, then they need to start standing up for our children.  Earn back our trust.  That is how you BEGIN to fix the accountability system.